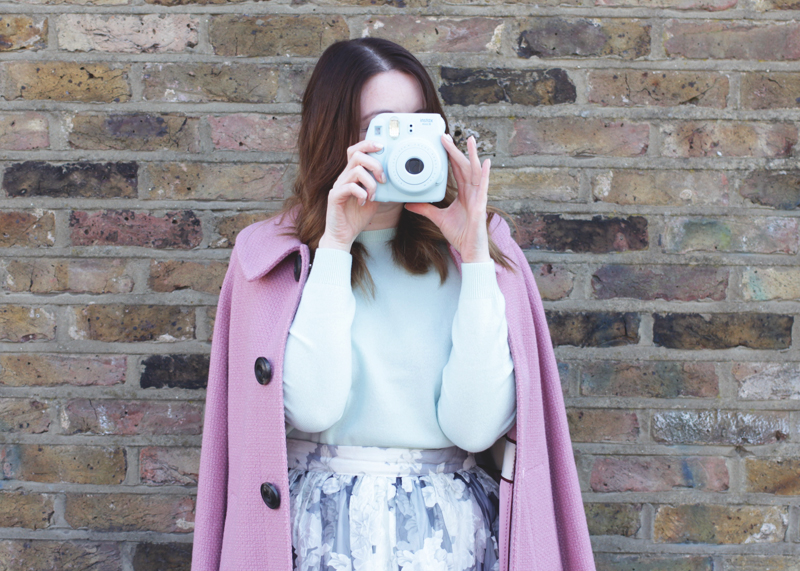 In around 10 hours time, after an epic road trip I’ll be pulling up to my new abode for the weekend, a gorgeous country cottage in the Lake District, to greet four of my best buds (and their hubbies) for what’s set to be an almighty hoe-down. As a joint birthday celebration with a friend, we’re planning to mark our 30th birthdays by allowing ourselves to revert back to our 18 year old selves (after writing this post on coming to terms with the age I think I’m allowed one last throwback to my teens). These four girls are the people I grew up with, who know me inside out and who have, in most cases, been right there with me during every embarrassing moment of my youth. So this weekend I’m expecting capers, giggles and partying of the most reminiscent kind to occur in abundance (All I can say is sorry to the boys).

This morning, in true ‘I can’t wait for the weekend’ fashion, I did something I haven’t done in a long time and took to Facebook armed with a repertoire of golden oldie photographs of the five of us from over the years. Pulling out real printed snapshots from dusty albums and chuckling to myself each time, I was really taken by just how tangible all of those memories were from a simple, un-posed, un-edited grainy pic that had probably been taken on one of those early digital snapshot camera’s which didn’t have a zoom lens or any sort of quality enhancing filters, or even on a film camera (some of the pics even had the date printed on them – how retro). I of course, then took a photo of those photos to upload to Facebook but that’s a whole different point which I’ll save for another day.

It struck me how much photography has grown and changed in the last ten years, and gave me a pang of sadness and guilt when I realised it had probably been around 5 years since I’d even printed an image out. Times have changed extraordinarily and while I love the quality of picture my DSLR can produce, and the power Photoshop yields to my images, there is part of me that can’t help but miss the randomness a little. The ad-hoc, the instant, the silly. The hours spent clutching your stomach and crying with laughter following picking up your prints from Boots after a night out. There was something exciting and worry free about not knowing what an image might turn out like, something honest about snapping a picture in the moment and not being able to take 20 more until you got ‘the shot’, and something real about taking photos as things were at the time without scrutinising every fault in yourself seconds afterwards. 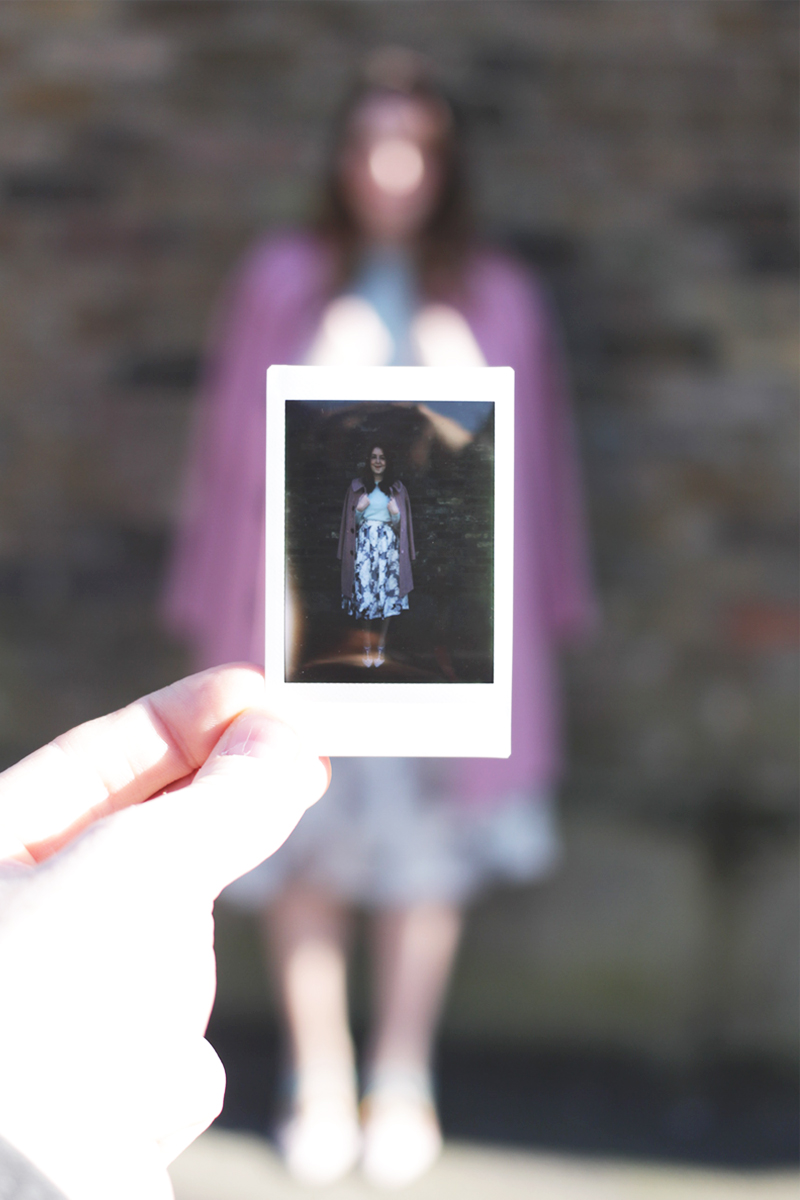 Now that I have an iPhone, I don’t own a portable digital camera and the majority of pictures I take day to day are for this blog rather than for me, or my friends. I can’t remember the last time I took a camera on a night out and now most of my ‘of the moment’ snapshots never even get seen, instead the best from a run of about 30 picked to be edited and brightened and uploaded to Instagram to depict a certain part of my lifestyle. Don’t get me wrong, I love all of this and I’m certainly not hatin’ on Instagram – an iPhone is certainly much easier to carry around than some of my old camera’s and social media has forced me to improve my photo taking skills no end – but I also feel the need to preserve more of my ‘real’ memories somehow, and not just the best of the best which make it onto this blog. 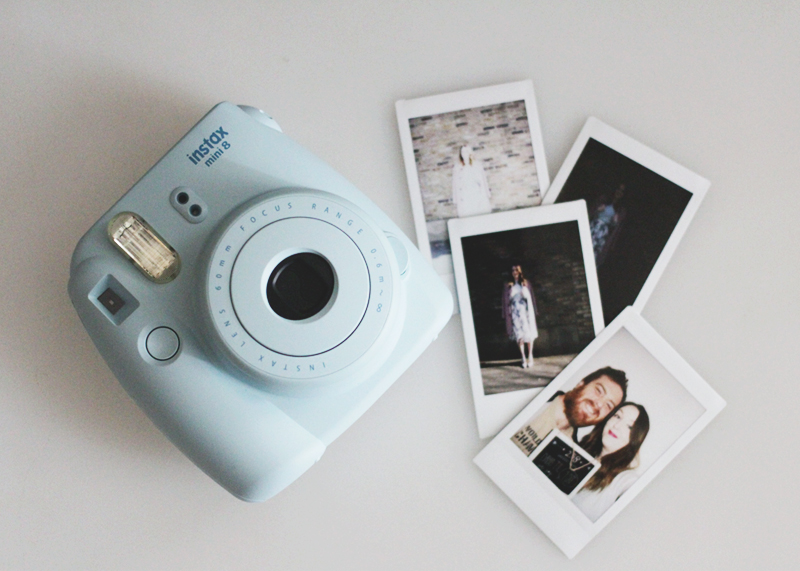 I read this article on the NY Times recently about a mother who got her daughters an instant camera and relished all of the un-edited, badly taken, off centre photos, and it kind of resonates with what I’ve been feeling lately – we’re missing the silly, laughter enducing, non perfect snapshots from life these days. The photos with someone’s head cut off or a random guy photobombing us or the one where we’d accidentally made a hilarious face – those were the photos we giggled non stop at when the prints came back from being developed, not the posed shots. And now those are the photos most of us would delete without thought on a digital camera. Instead we keep the memories we deem to be the best, the most perfect, and we upload and edit those into a carefully curated album on our computer, which then gets loaded onto a random hard-drive when said computer runs out of space, which then gets stored in a random drawer in a random cabinet never to be looked at again. Printing photos might seem a little irrelevant in today’s age and possibly a waste of materials, but let’s face it how often do we really scroll through a hard-drive with friends to reminisce over those memories? That’s right, never. 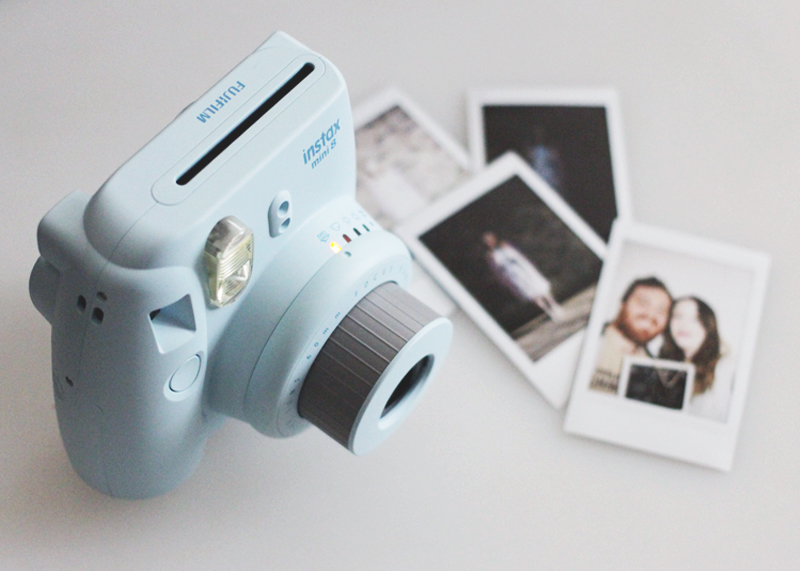 So this year I’m vowing to print out more photos (helped in part by the addition of both a lomography film camera and an instax mini to my camera collection, both of which provide that instant and -unable to edit- appeal), to hang more pictures, and to preserve more of those silly moments that I know will provide such happy memories in the future. 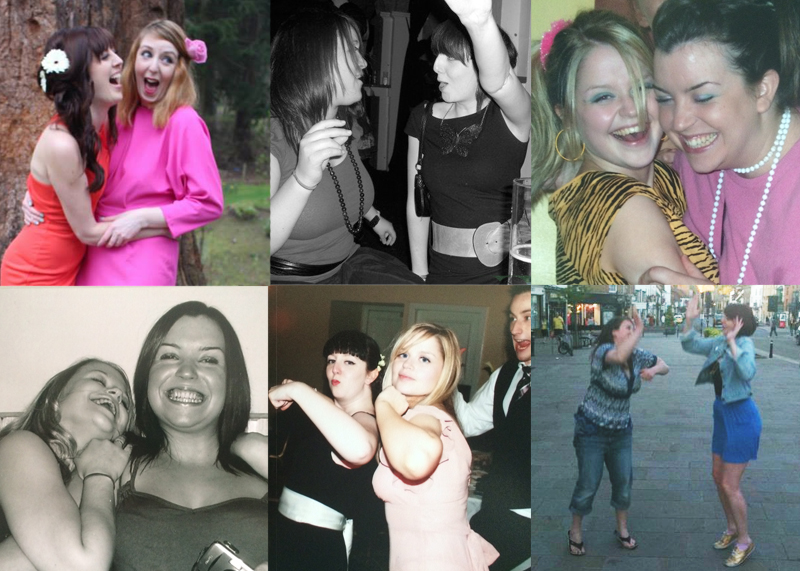 I’m taking my DSLR on my Lake District adventure this weekend of course, but somehow I have a feeling my instax might provide the photos we all giggle over the morning after the night before. And just as a little reminder to both myself, and my friends, I took one of those golden oldie pictures of all of us and turned it into a postcard to send to all of them through this clever little app (where retro and modern meet in the most wonderful fashion) so if you’re feeling a similar way to me, why not remind your friends or family of those memories as you start making more?

I miss taking photos the old school way too! It’s nice to have an unedited picture. I think I’ll have to get a few disposables next time I have a night out or something!

Me too Josie, the unedited ones are some of the best! xx

I love your skirt it is gorgeous! Your weekend sounds like alot of fun – I hope you enjoyed it. I can only hope that I’m as close with my friends when I’m 30 Gisforgingers xx

Thanks Claire! Yes I’m very lucky to have such close friends – we’ve been through a lot together! xx

hahah those throwback pictures are hilarious. I hope you had a good birthday!

Haha i know! Yes had a great weekend thanks, now my actual bday celebrations begin on Thursday! x

So lovely! I am slowly printing out old photographs, there’s nothing I love more than poring over old albums!

Me too Maria, it’s such a lovely feeling. I must do it more often xx