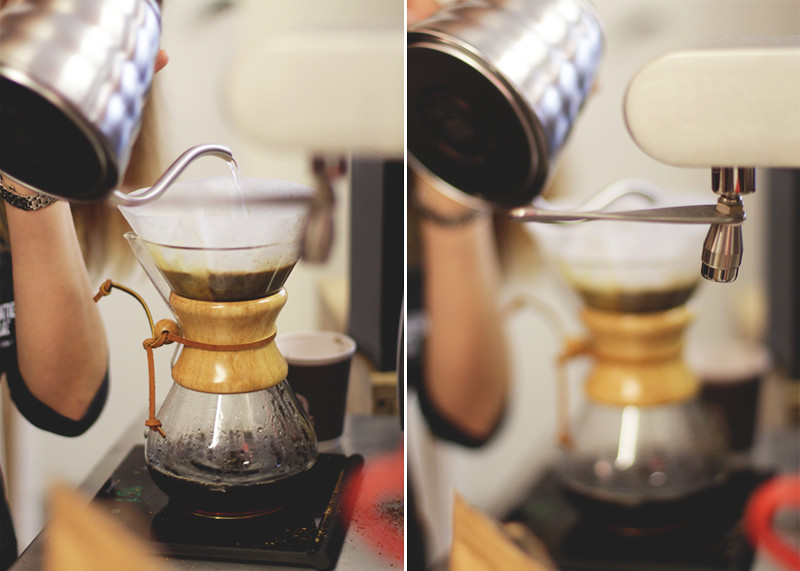 It feels like forever since I just sat down and wrote about one of life’s little adventures. After five years of blogging I guess it doesn’t happen quite like that anymore – photos get stored ahead of editing, posts get scheduled and before I know it I don’t have a free space on the blog for a month and those photos, from the everyday occurrences and general days out that make up my spare time, somehow get lost in the edit pile and never used.

This Sunday however has been the ultimate in lazy relaxing Sundays. I waved goodbye to my friends this morning after a fun day out in the sunshine yesterday and a catch up fueled evening, and with GB working all day I’ve had the place to myself. Seeing as I had a pretty sleepless night last night (those wedding anxiety dreams are getting more vivid by the day) I decided to allow myself a day of being lazy, and have spent the last few hours binging on Nashville (a programme GB isn’t such a fan of), doing a few wedding DIY’s (easy ones) and now settling down to write this impromptu blog post. So why not make it a post about one of those general adventures that otherwise might go un-blogged hey? 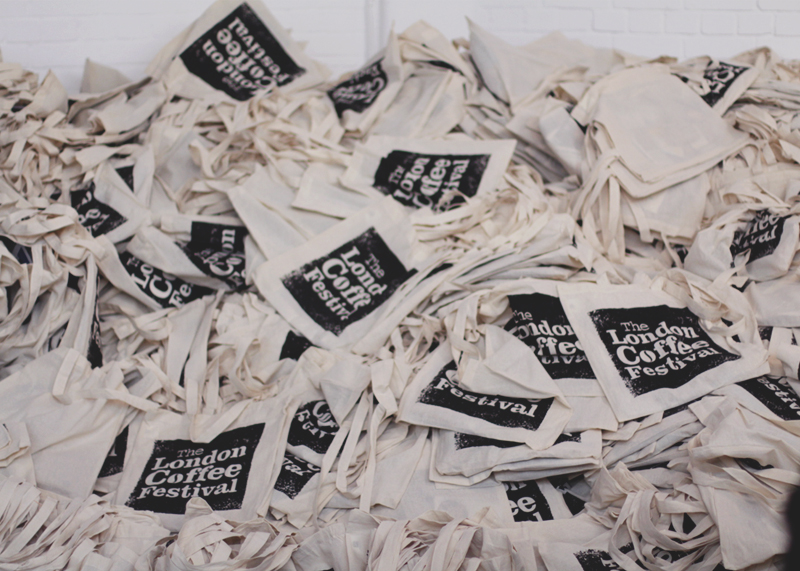 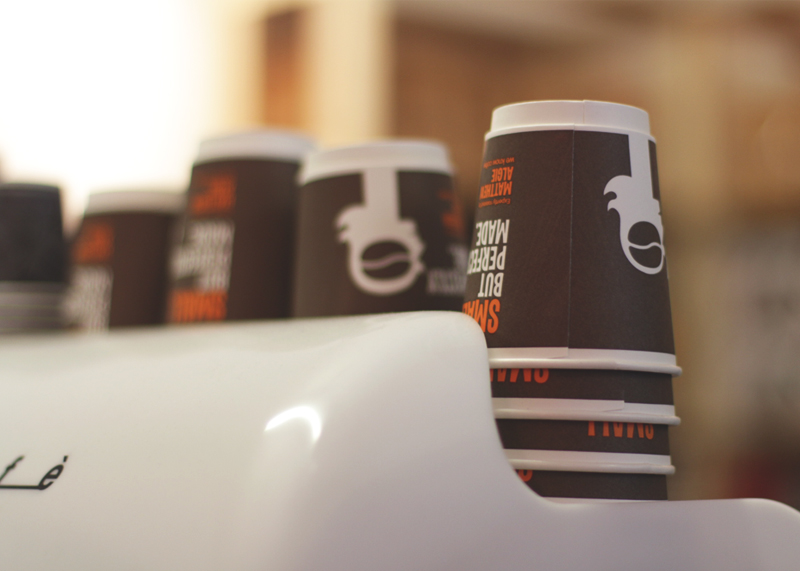 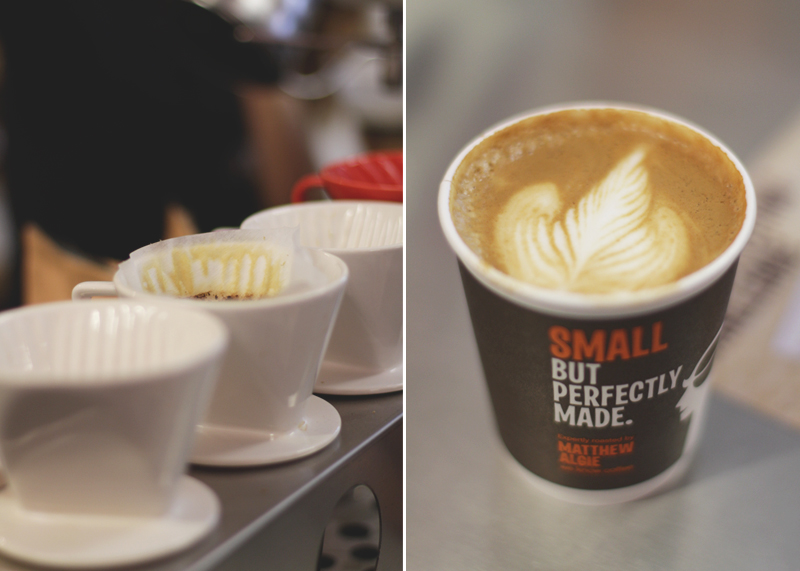 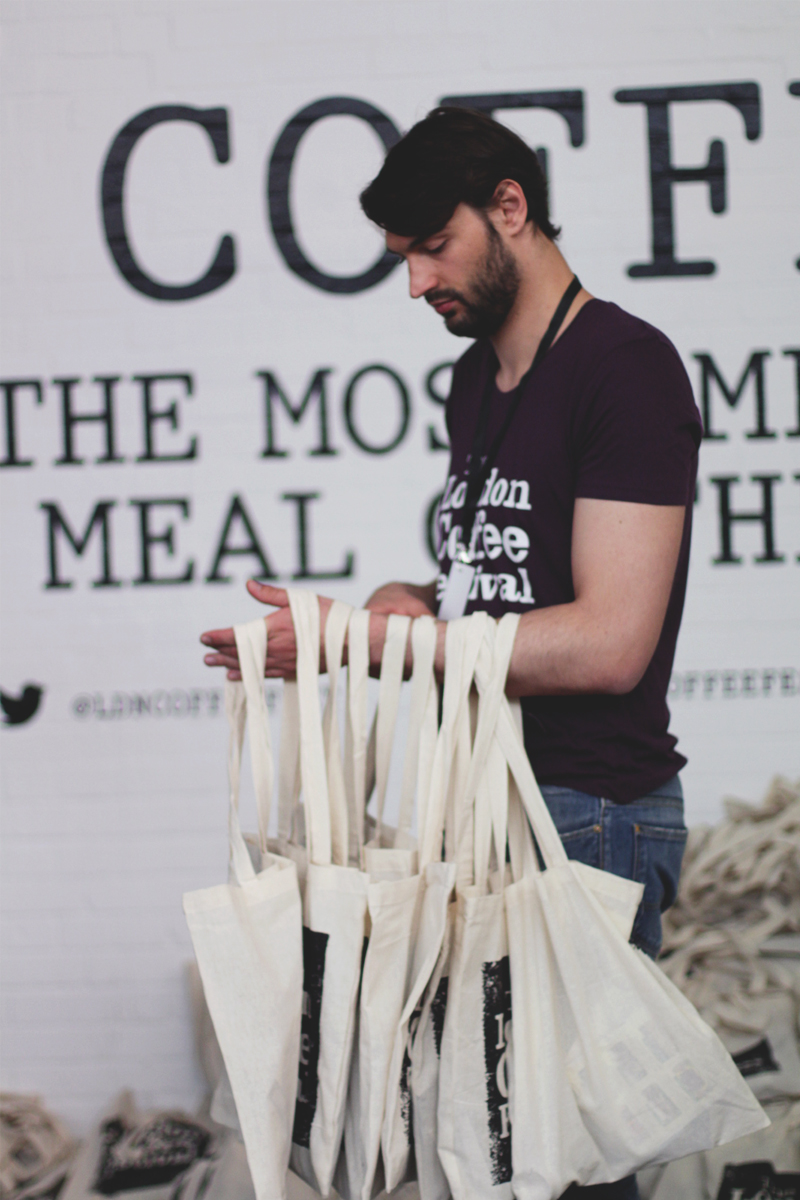 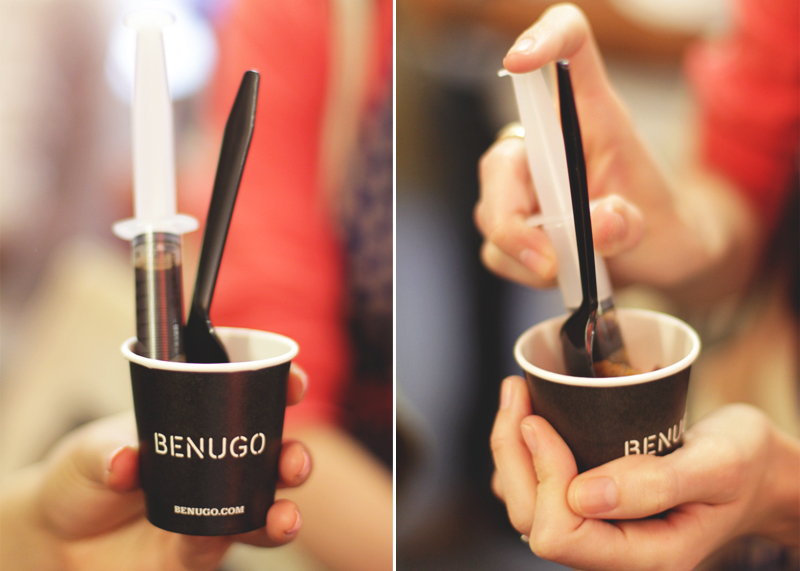 A couple of weeks ago I met up with Angela and Amanda early one Thursday morning for a fun little blogger day out – we found each other on Brick Lane and set off for a morning at The London Coffee Festival. Even though it’s an event that’s been around for a few years, it was my first time visiting. Perhaps something to do with the fact that I’m not actually a coffee drinker and never have been (I know – sshh) and also cut caffeine out completely about a year ago (double shh) which made it slightly more interesting an adventure for me than the other girls perhaps. After an apprehensive start (where I asked the first stall we came to what they recommended for easing in a non coffee drinker and they presented me with a very large flat white – I think they were imagining I might like it as it was milky but by god was it huge – which nearly took all my might to finish) I decided the best tactic was simply to man up and go for it. Before I knew it I was eating ice cream with a syringe of espresso injected in and bouncing off the walls like every other caffeine bunny in there. 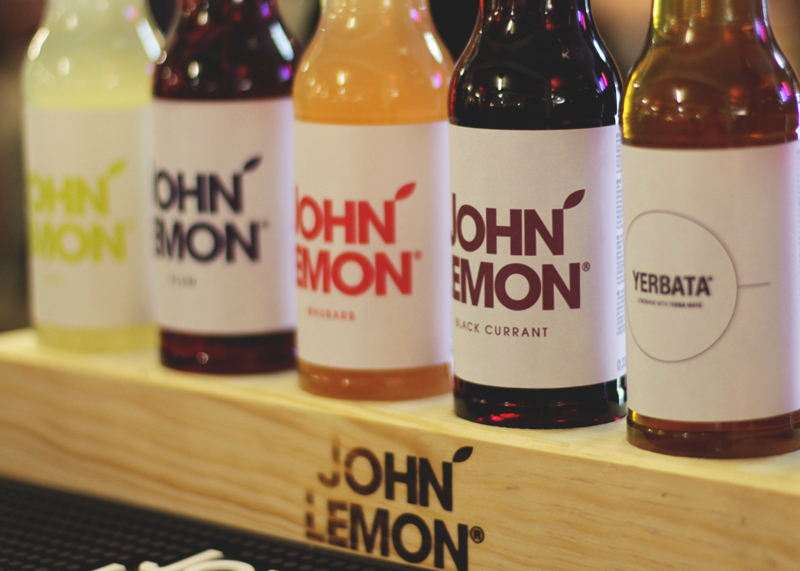 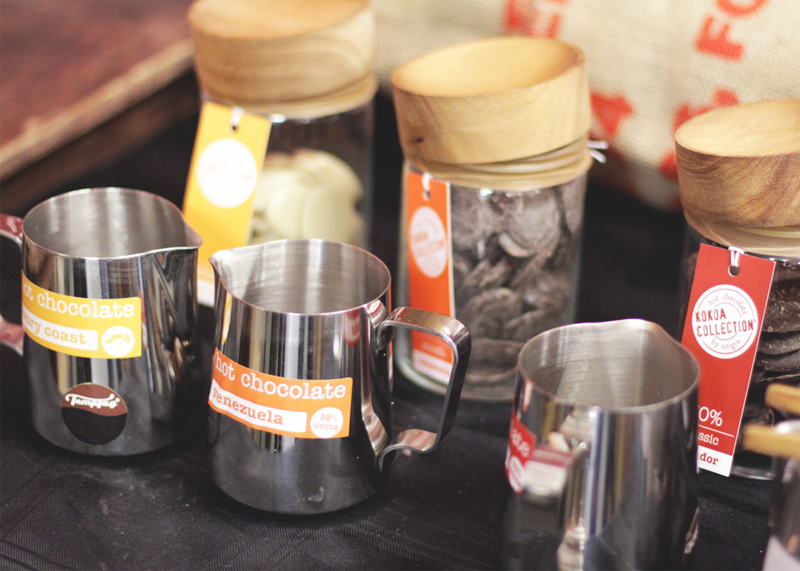 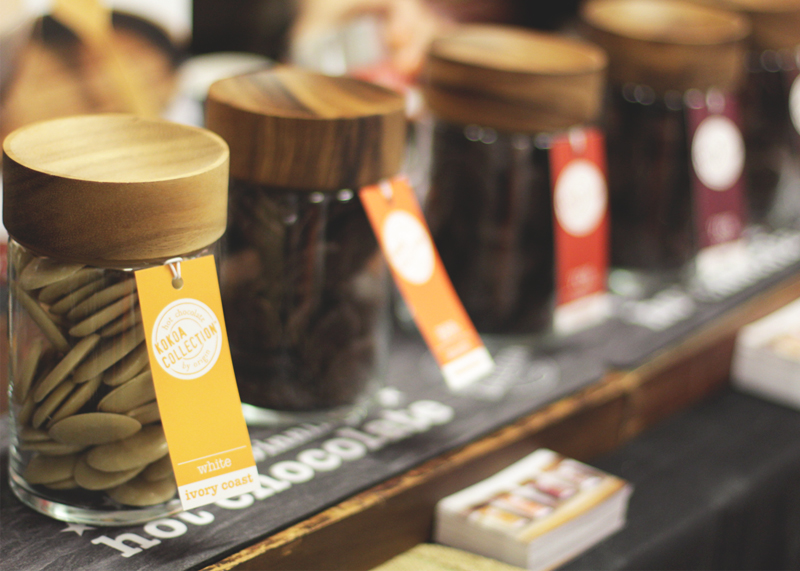 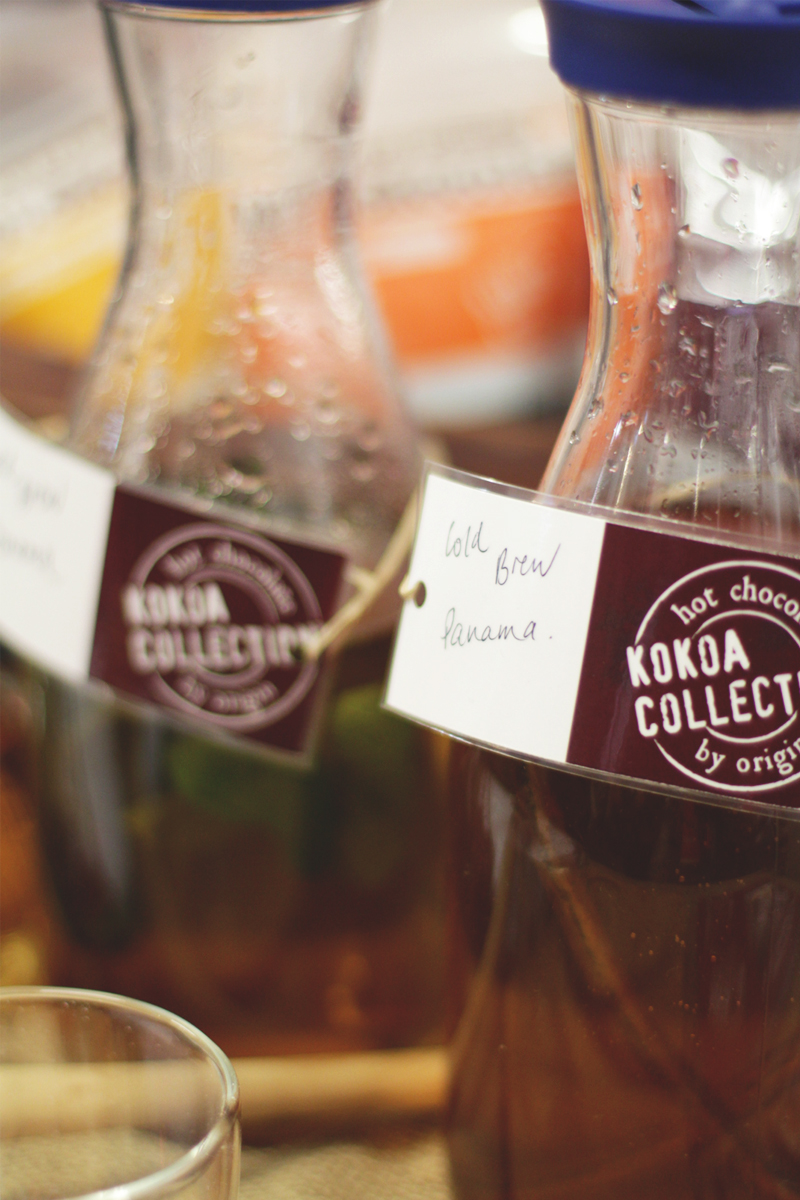 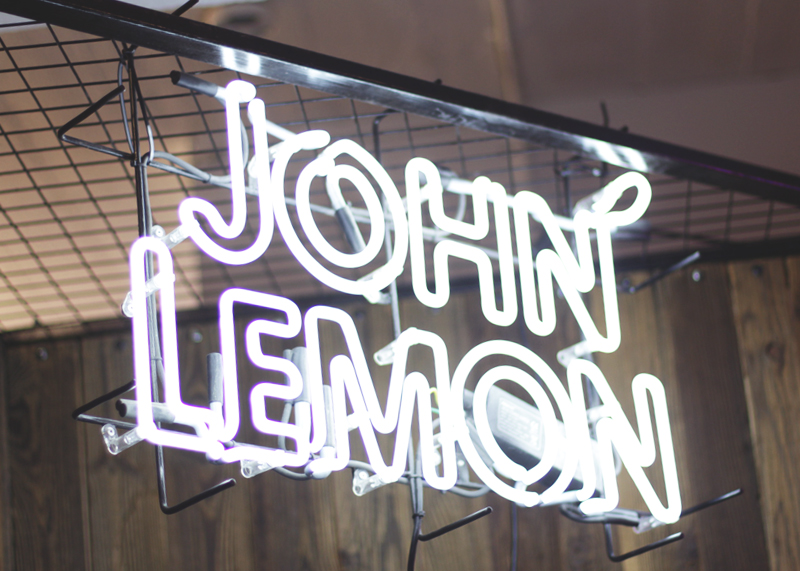 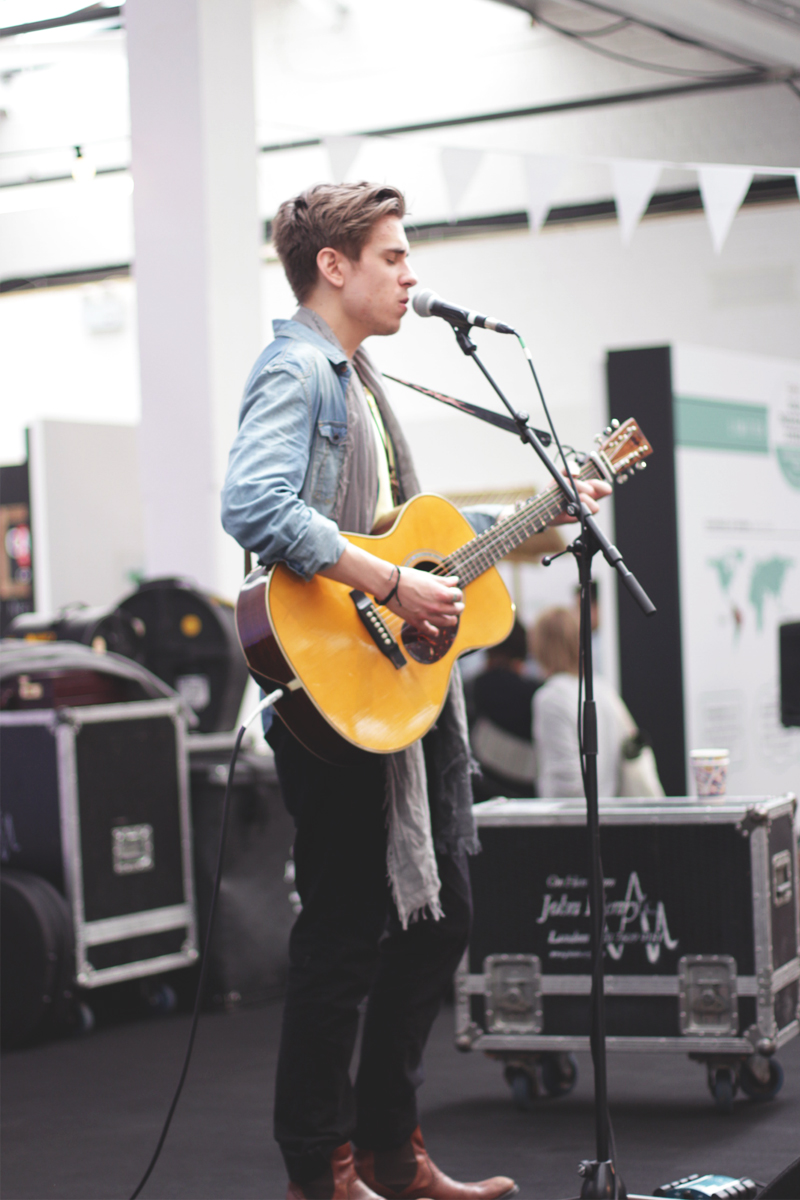 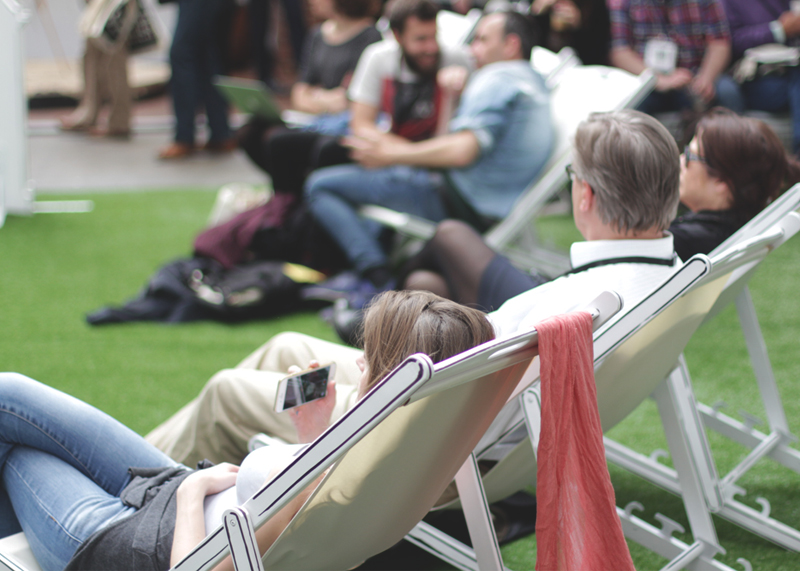 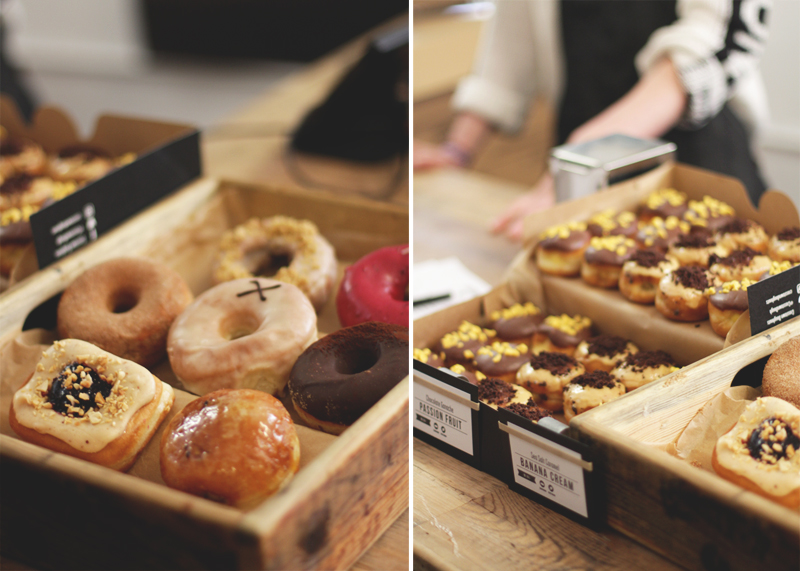 Of course the festival itself isn’t all about tasting your way through every coffee bean in the land, and there was plenty to keep even the non coffee mad interested. We counteracted that espresso shot with tasting sessions of vegetable juices, homemade lemonades and even hot chocolate. A bit of time spent with the folks at the award winning hot chocolate brand, Kokoa Collection was enough to remind me just how much I love a warm mug of such goodness, and introduced me to both a very delicious white chocolate version (not nearly as sweet as I’d imagined), a rose flavoured sugar (that I’d happily put on everything edible from now on) and even a cold brew (strangely, satisfyingly, refreshing).

We did a good few laps of the festival (it was fairly big and we got fairly lost trying to find the exit) until our stomachs told us lunch was calling and those Crosstown doughnuts almost became too hard to resist. 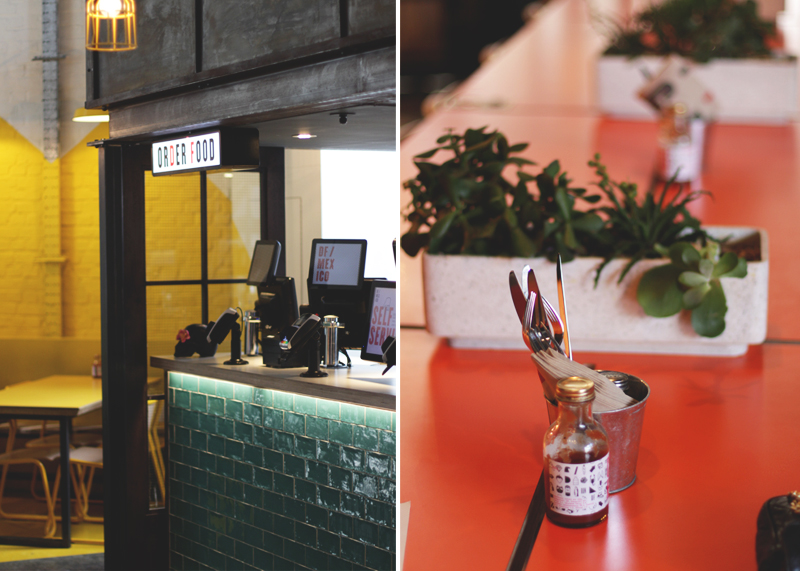 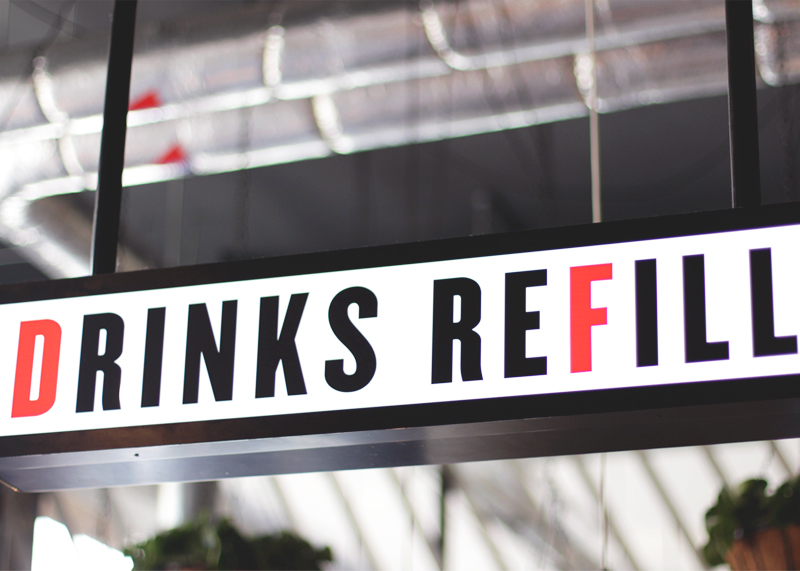 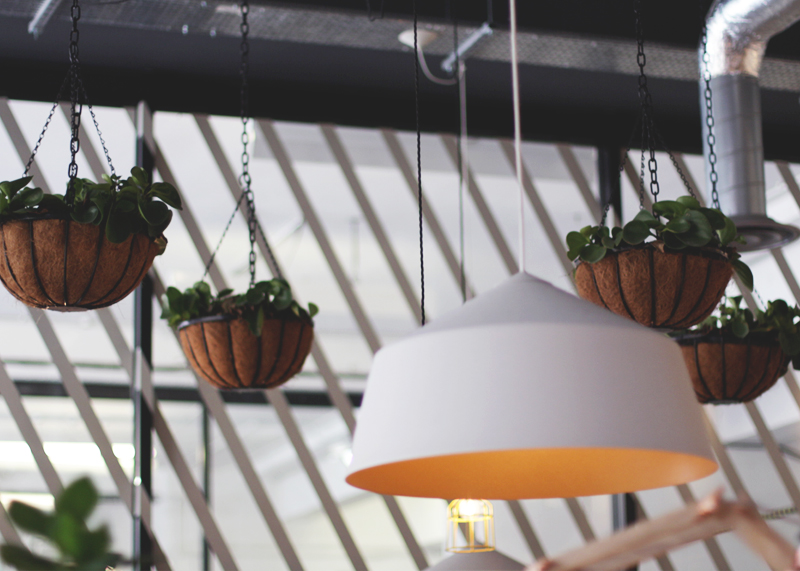 Not wanting to venture too far in search of good grub, Angela suggested DF Diner (or Distrito Federal to give it its official name) which was just on the corner of Hanbury Street and a mere few steps from the Truman Brewery which we’d just stumbled out of slightly shaky from all the coffee. To say this was just what I needed after a morning of caffeine and sugar indulgence, would be a major understatement. This food was exactly what I needed and I couldn’t have enjoyed it more. 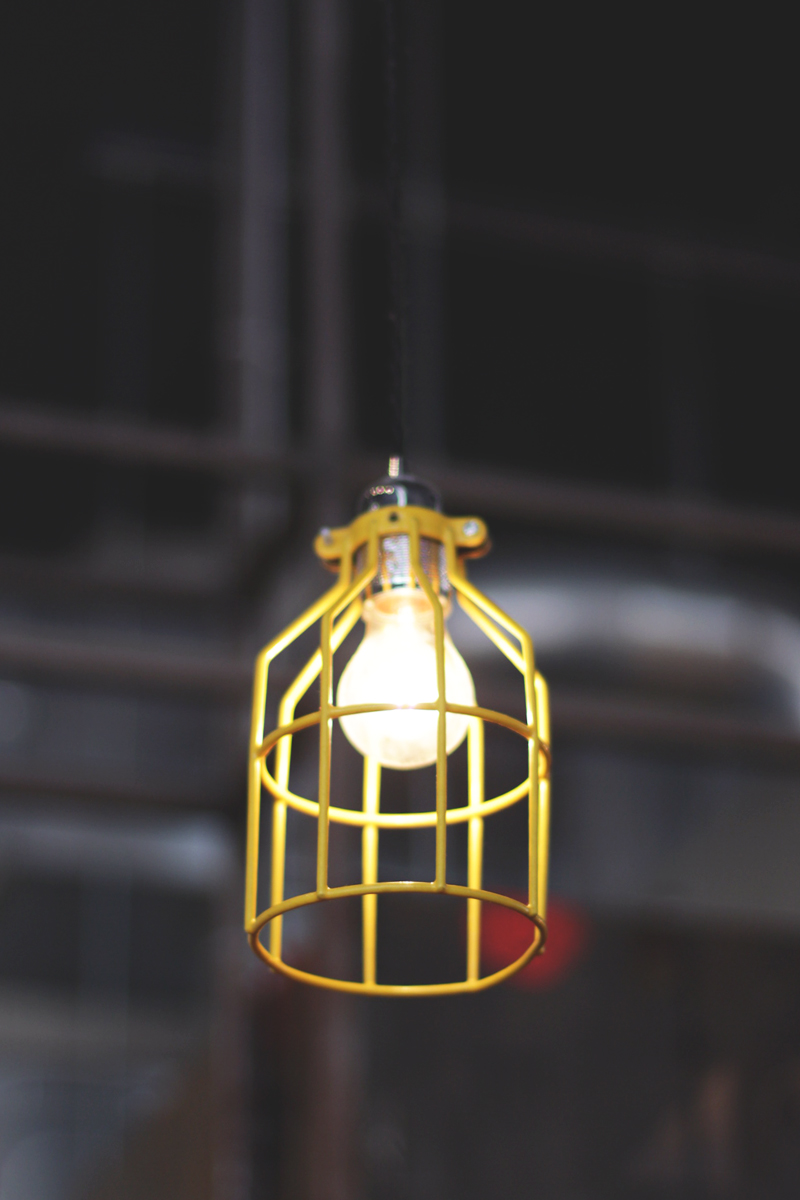 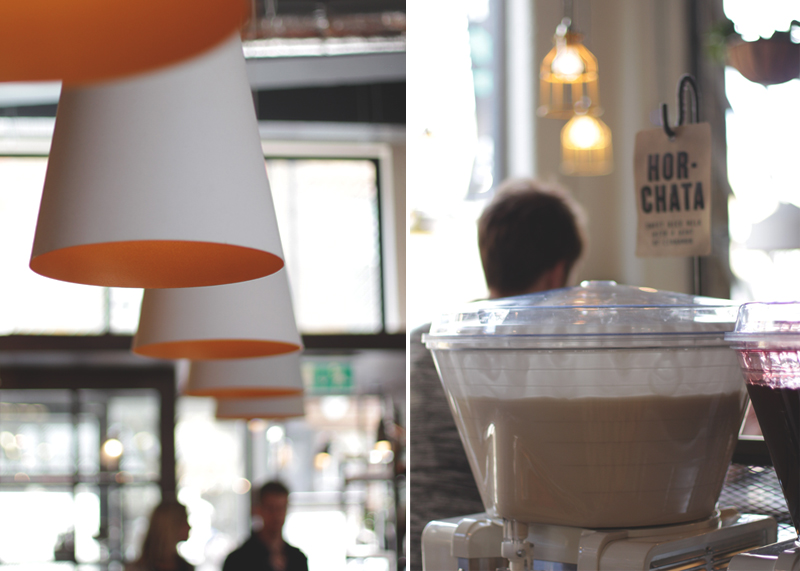 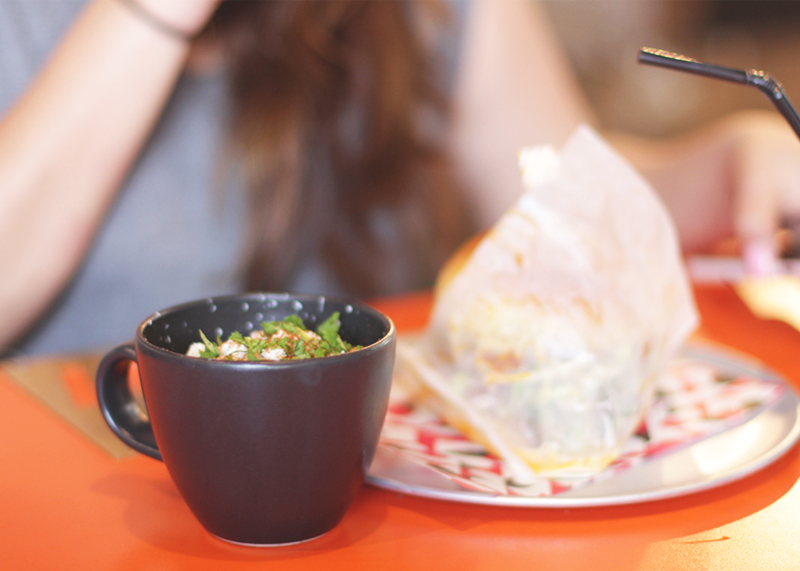 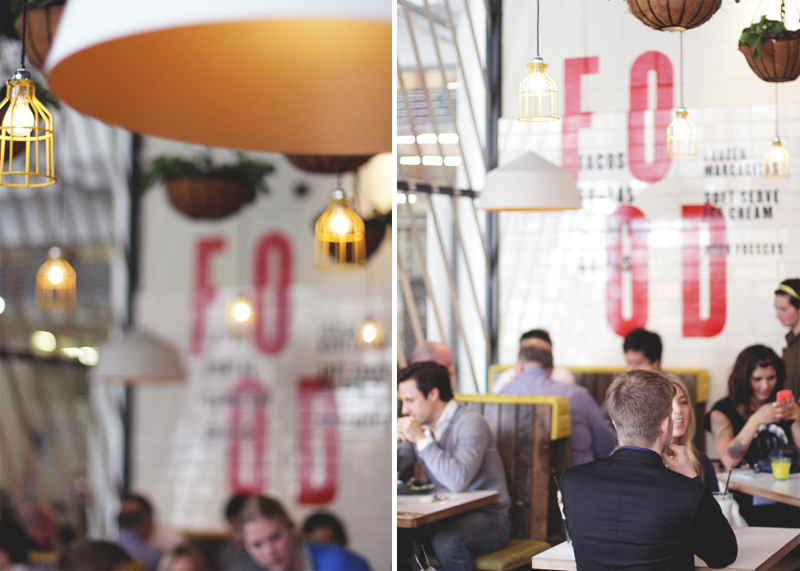 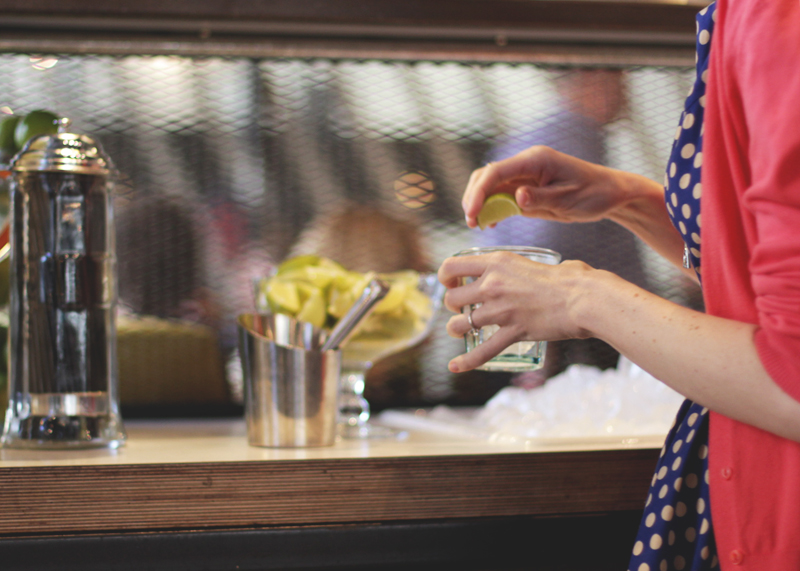 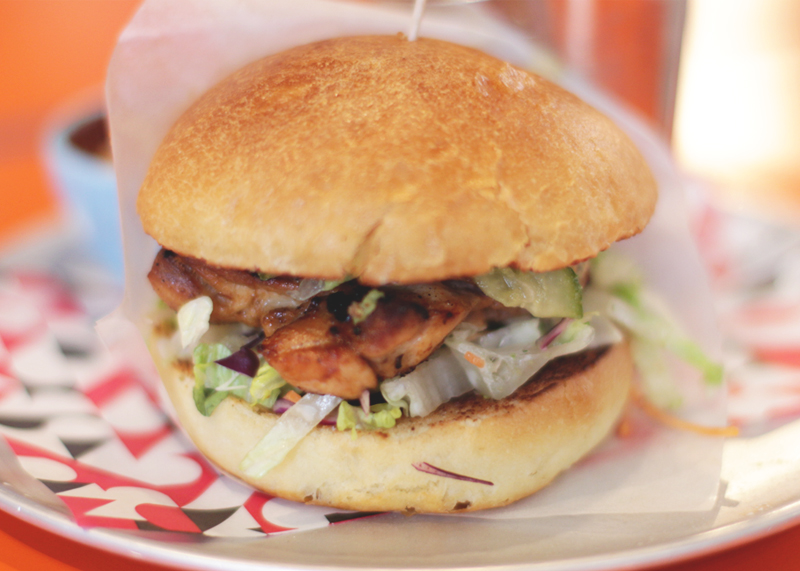 It was my first time at the restaurant, but definitely won’t be my last. I’m not sure why it had never been on my radar before this blogger date introduced me to it (I guess we really haven’t been eating out as much as usual lately) but I loved the concept. The interior is super fun (a blogger dream), with bright colourful walls, huge orange hanging lamps dropping from the ceilings, big rustic wooden benches and even cacti and succulents as table decor. It’s essentially gourmet fast food – with an order at the bar and help yourself to bottomless drinks from the giant ‘fruity water’ dispensers in the middle of the room kind of atmosphere – but the menu (which is described as modern Mexican – traditional flavours and American influences) made sure this was no ordinary fast food joint. I opted for a Chicken Torta; ‘A Mexican sandwich served New York style in a toasted brioche bun with smashed avocado, slaw and house pickle’ and it was delicious. The chicken was cooked in a spicy marinade and the brioche was toasted to perfection. Finished off with a side of skin on fries and a classic chipotle mayo. 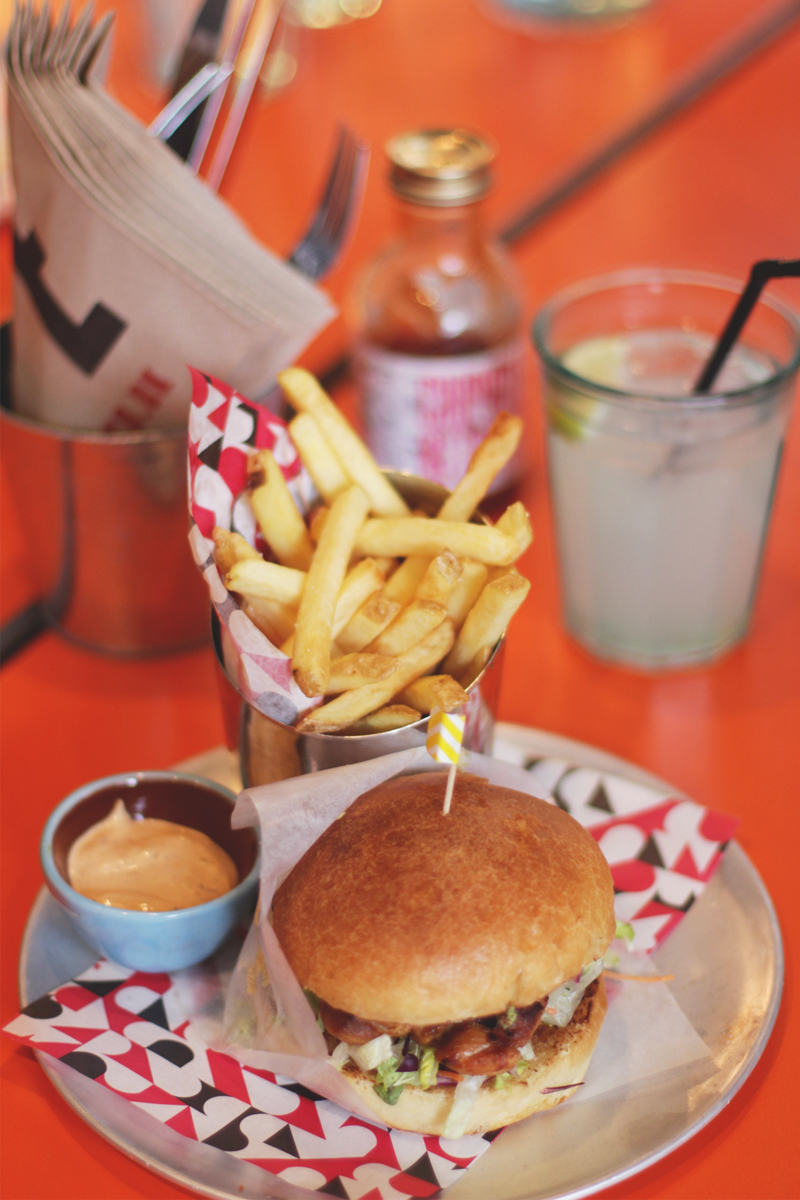 After a good natter over those bottomless drinks for the rest of the afternoon, we all headed our respective ways – well fed, well watered and having had a lovely day out.

Sometimes I think there’s really nothing better than the friendships this blog has brought.

I hope you’ve all had a lovely Sunday? And I hope you didn’t mind this little natter about nothing in particular today, sometimes I can’t help but feel they’re the best type of posts?

I love anything coffee related so this look like a pretty good event. And friendships from blogging is by far the best perk!

If you love coffee then this event would definitely be for you Annabel! Next year you should come along x

It was such a lovely day! xx

I was gutted to miss the London Coffee Festival again this year I am a massive coffee drinker but always seem to be away for when the festival takes place. Ice cream injected with espresso sounds phenomenal. Also DF Mexico is on of my favourite places t grab a bite sounds likes a perfect afternoon.

Oh what a shame Emma, you could have came with us otherwise! DF Mexico was amaze, can’t wait to go back there again x

Mmm cake! This looks like such a fun outing 🙂

Thanks Elise! It was x