Wedding Wednesdays | Going Back to my Roots 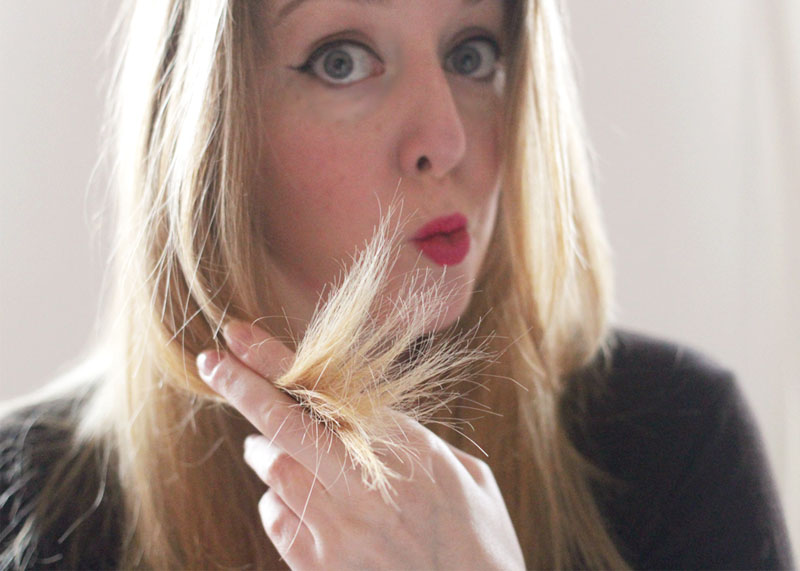 Although I always knew being a blonde would be a temporary hair situation for me, I perhaps thought I’d stick with the colour a bit longer than I did. I blame that little thing that has kind of take over my life of late – an impending wedding.

After my last session at Sassoon where I finally got rid of the last few streaks of ginger and said hello to light blonde locks for the first time, I was more than happy with the results and the new do I found myself rockin’. So happy that I was certain I’d be back in a couple of months for a top up. Then as it always does, life got busy and before I knew it my do had been hit with too much sun, product and general wear and tear while I pondered where to go next with the colour. Those light blonde locks were faded, dull, returning to a ginger tone and with roots almost down to my ears. The condition was lack lustre, tired and dry and no matter how much styling went into it, just never looked healthy.

I knew I’d left it far too long between colours and, in my indecisiveness about whether to stay blonde or not, had let my hair suffer. Something had to be done so instead of continuing to ponder, I decided to just book a new appointment at Sassoon, get another round of highlights and enjoy being a blondie for a little while longer, before slowly making my way back to brunette over time by adding darker highlights each session after that. It would be a natural progression back to my natural colour…

…Then GB proposed and suddenly everything changed. (Obviously a lot more changed than just my hair woes, but for the purpose of this post bear with me).

From that moment on the idea of being blonde seemed ridiculous. I had loved being on the lighter side of the hair colourwheel in 2014, just as I’d loved being bright red in 2013. It had been fun, new and exciting. But, it had also felt very much like a fad, a trial, a fun experiment I’d always wanted to try but never been quite brave enough. I’d made the decision to go blonde as I was approaching my 29th birthday and felt like the time where I could get away with young and frivolous decisions such as dying my hair crazy colours was running away from me, I was craving something new, something fresh, something which would ward away those looming thirties. But now, with those thirties fast approaching and my mindset shifting to embrace them, a wedding on the horizon and a real sense of relaxing into my age, somehow blonde no longer felt right for the stage I was at in my life. Overall it just wasn’t really, truly – me.

And when thoughts starting turning to wedding looks and visions and feels, Pinterest boards created full of dresses and beauty and hairstyles, it became glaringly obvious that looking like anything other than really, truly – me – just wasn’t an option anymore. And so, the blonde had to go. 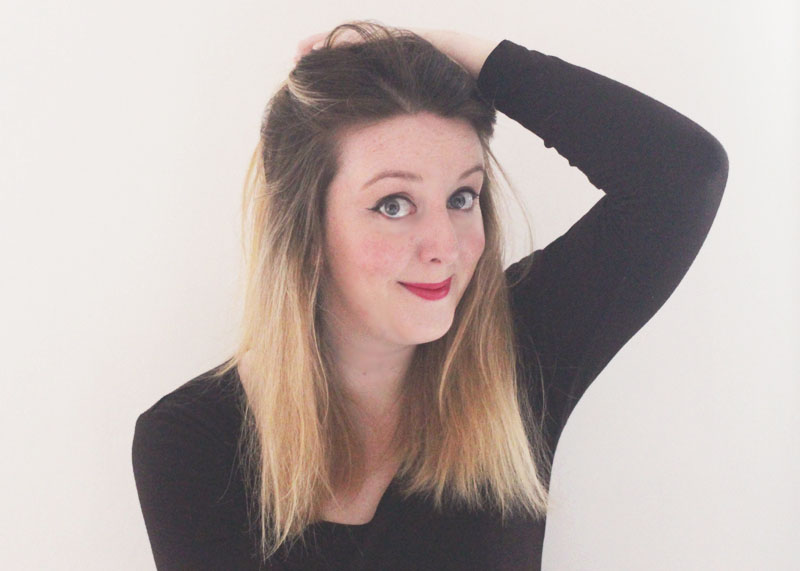 By the time my appointment at Sassoon rolled around, I was in a confused state. All I knew was that I wanted to get back to my natural colour, the natural colour that I hadn’t seen for nearly five years, and I wanted to do it in as naturally a way as possible, but also as quickly as possible (as soon as I’d made the decision to get rid of the blonde it couldn’t happen fast enough). At that point we hadn’t yet set a date for the wedding but there was discussion of Spring 2015 and so when I found myself back in the chair with my colourist Ben at the Covent Garden salon just before Christmas, finding a quick solution to my damaged blonde locks all felt extremely urgent.

Whereas normally someone with blonde highlights who was trying to go darker in a subtle way, would opt for lowlights, adding darker shades in each visit until the hair slowly resembled the natural colour you were trying to achieve, this didn’t feel like the right option for me. I’m somewhat of an impulsive person (really? no?) and once I’ve set my mind to something I’m not very good at taking the long route. But I was also conscious that I didn’t want to damage my hair any more than it already had been, and when talk turned to brown dye on top of blonde dye often turning khaki, I was more than certain I didn’t want that. As always the team at Sassoon were extremely helpful and advice from all sides was handed out, time taken and consultations arranged. Because I’d mentioned the word ‘wedding’, opinions and second opinions were given in order to ‘err on the side of caution’ and with a possible Spring date, getting the colour right in a short period of time had to be considered. 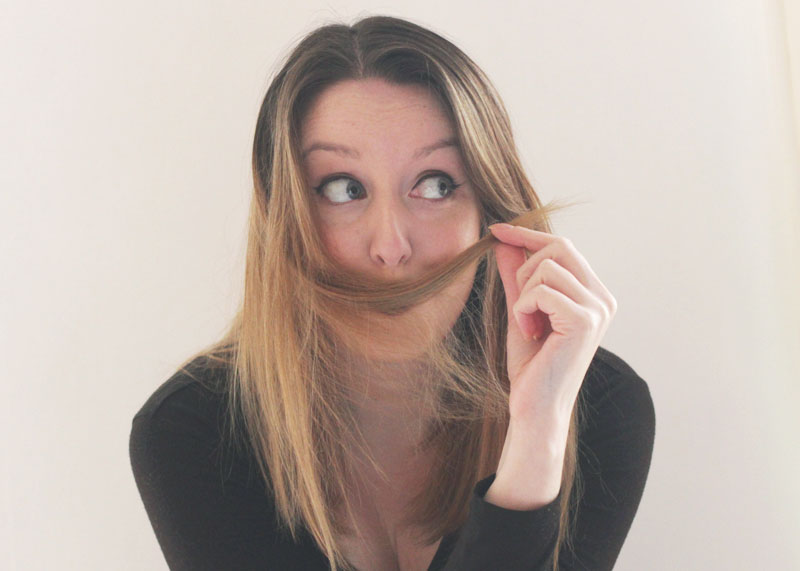 Stage One – The In Between

After much thought, I decided to opt for the ‘safer’ of options and go for a full tint on top of my existing highlights. The idea behind this was to tone down the brassiness of my current faded highlights and give me an ‘in between shade’ that would allow me the freedom to decide what to do once we had an official date set. From this first step, I could then either keep that light brown shade up through regular tints until the blonde grew out, or if I decided to go darker I still had the option for a full all over colour. Darkening lighter hair is always easier than trying to reverse a shade too dark apparently.

As it happened, my hair didn’t take the tint all that well and although I liked the soft shade I had leaving the salon, by the time I had got home I’d started to feel it wasn’t quite dark enough. It faded fairly dramatically within the first few days (I have a habit of washing my hair most days) and I just couldn’t help but feel my line of highlights was still visible.

It’s times like these that I’m really grateful to have found both a salon and a colourist I can rely on, as it only took one tentative phone call a few days after my appointment and a quick chat with Ben to have me feeling much better about the whole thing. He re-assured me that the tint had been somewhat of a trial and everyone’s hair reacts in different ways as it’s only ever a temporary measure. Despite it now being the week before Christmas, he was more than happy to invite me back in to try and get the darker shade I had been seeking, before the year was out. This time, I was told I could either try another tint in a darker shade and hope that my hair would hold it better this time around, or just go for it with an all over shade of brown and say goodbye to the blonde highlights for good. Having played around with my in-between shade for a few days, I knew what I wanted to do, and so I went all out and became a brunette again in time for Christmas. 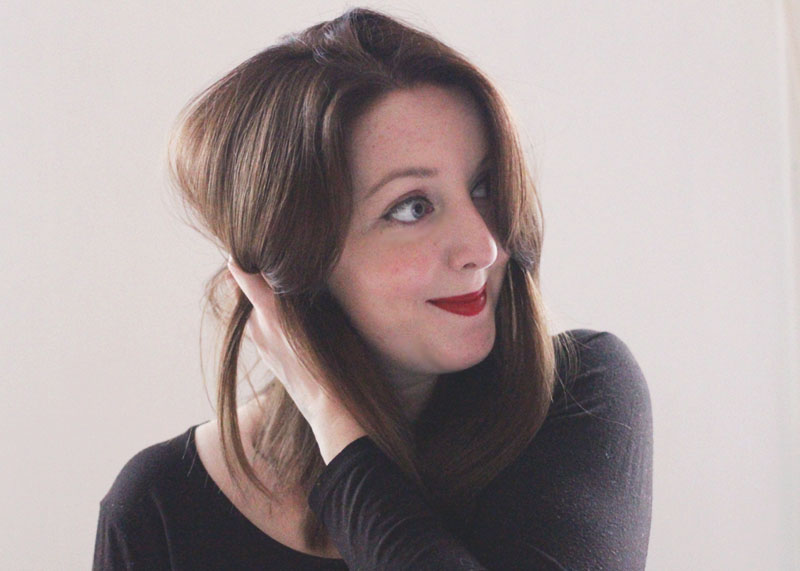 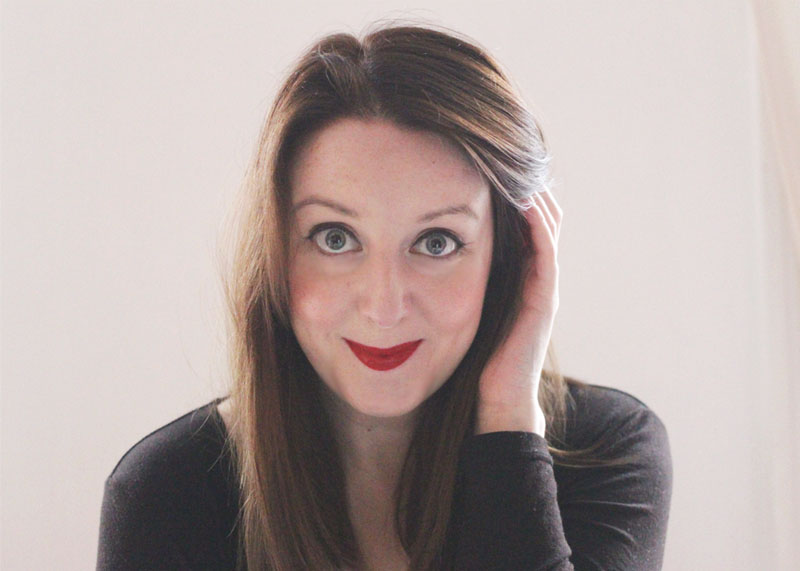 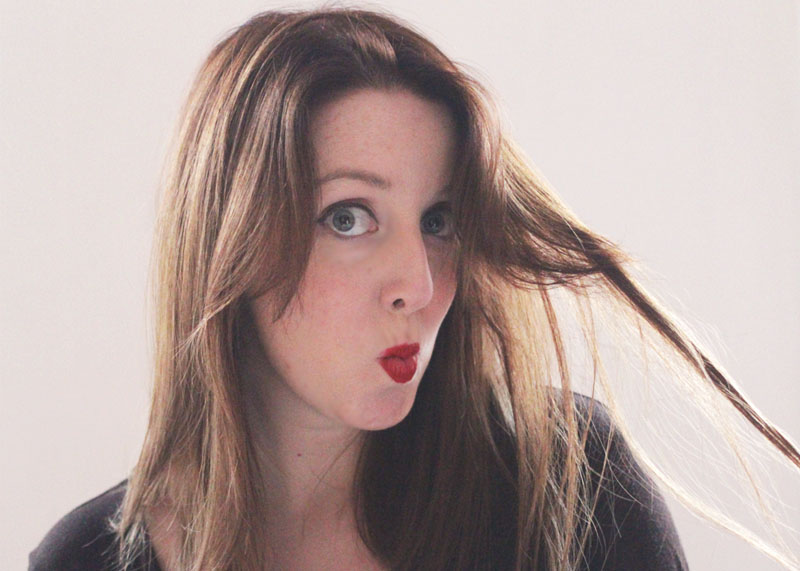 The colour was everything I had hoped for (the photos don’t really do it justice as the light in our flat is terrible but you can see a better shot of the colour on Instagram) – dark but still warm, not too harsh and as close to my natural shade as I could remember it. Before going through with the colour, Ben kept mentioning to me that it might be a bit of a shock to see myself so dark again after a long time being either red or blonde, but actually when that towel was lifted off for the first time it wasn’t a shock at all. In fact it felt like the most normal thing in the world. It felt like me.

The Benefits of Being a Brunette…

We’ve now set our date for later in the year but I don’t regret making the decision to go back to black in one fell swoop, it feels exactly where I need to be right now. Whereas when I was younger, all I wanted was to break away from the real me and experiment with being different versions of myself every few months, now as I reach my thirtieth year all I seem to crave is the natural. Finding my natural style, my natural colours and my natural look. Plus, I can’t tell you how good it feels to be brunette again. I’d forgotten so many of the perks, and so I leave you with 10 reasons why being a brunette is totally awesome;

2. Bad hair days are not nearly as noticeable

3. You can get away with leaving your hair unwashed for a couple of days, without looking like a total hobo

4. You never have roots (hurrah)

5. You can fill in your eyebrows more, and rock a heavy eye make up look

6. You can wear all colours

7. Your hair is just so much fuller, thicker and softer (hair commercial anyone?)

10. You can attempt to channel Audrey Hepburn, which is always a good thing

So what do you think of my new look? I’m planning a hair retrospective post from the last ten years once I turn thirty so stay tuned for that to have a good giggle, and in the meantime do check out my previous two reviews of the Sassoon salons here and here and get yourself down there for some top notch hair advice.

Wedding Week | The Decor and Styling

When the matches are so cute, you don't actually w

Ready for a day of PJ's, movies, playing with new

Already got everything I wanted for Christmas this

The fake wrapping I do for instagram every year is

Picked up our Christmas tree this weekend! ✨🎄

Seasonal styling and photography tips, free wallpapers and much more...