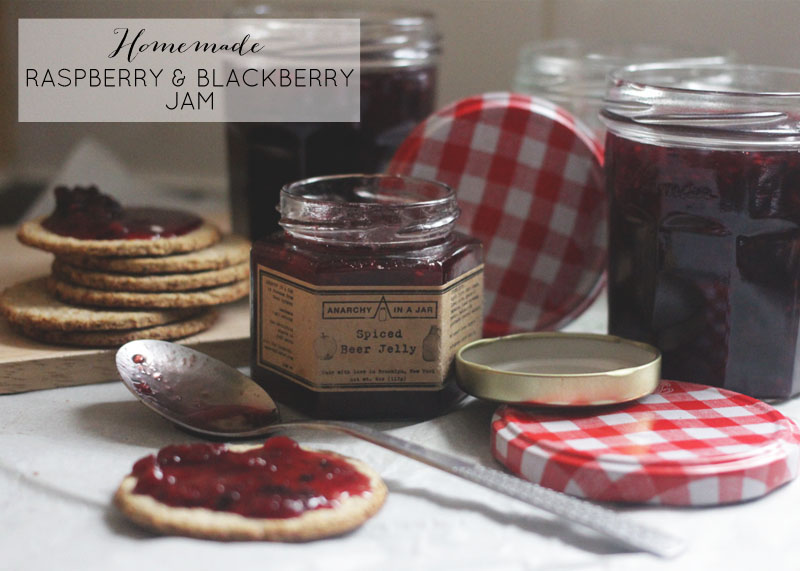 Hello there strangers! It feels as if it’s been ages since I sat down and rambled to you all – I realise to you it may only seem like a few days, but with fashion week causing posts to be scheduled and rattled out in the early hours after long days running around and then my little holiday coming straight afterwards, I feel as if I’ve been away from ‘proper’ blogging for far too long.

A few days in the sun was just what I needed though and I really do feel so much better for it (photos and vlog to follow soon). All of the busy-ness lately has meant however that I’ve missed two weeks of The Great Blogger Bake Off challenge (and the show – no spoilers, I’ve got lots to catch up on!) and I’ve missed my weekly bakes so much. There was just no possible way of fitting it in last week with LFW and LDF taking over my life and although I was hoping to be able to try my hand at doughnuts this week, after getting back late yesterday afternoon exhausted, sunburnt and with waterpark whiplash, all I was fit for was unpacking and Netflix binging.

So instead, to keep my food section alive and kicking I thought I’d share my homemade jam recipe, which I actually made back during bread week to go alongside my Spelt Soda Bread.

So first things first, who knew you could make jam in a slow cooker? Definitely not me! I can’t actually take credit for the realisation either, as it was my fellow Most Wanted contributor Sasha who introduced me to the idea with this handy article.

When GB first broached the idea of getting a slow cooker last year I wasn’t overly convinced I’d use it that much. He enjoys cooking things like stews and casseroles but for me and my sweet tooth I didn’t see it being something I’d have much use for. As it turns out it’s now pretty much the most useful kitchen item we have and makes evening meals much less tiring. On the days I’m working from home, I can prepare all the ingredients in the morning, chuck it all in and by the time GB gets home we’re ready to eat. Simple as…

When it came to jam making things really couldn’t have been easier. All it took was choosing my fruit and throwing it in with some sugar and lemon juice, heating on low for 2 and a half hours before stirring and heating on high for 3 hours until firmed up. I ended up cooking mine a little longer as the juices from the fruit meant it was a little thinner than it should have been, but it was the most simple way of making jam I’ve ever come across. 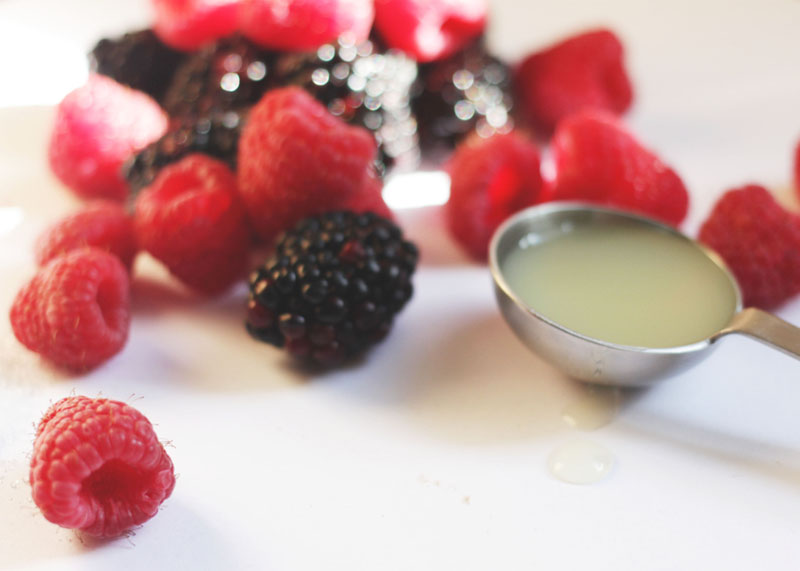 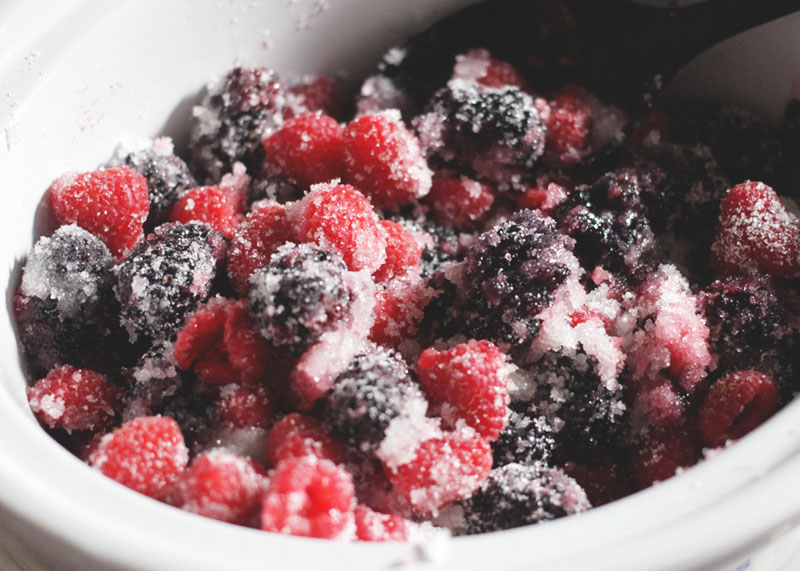 2 pints of fruit (I used raspberries and blackberries) 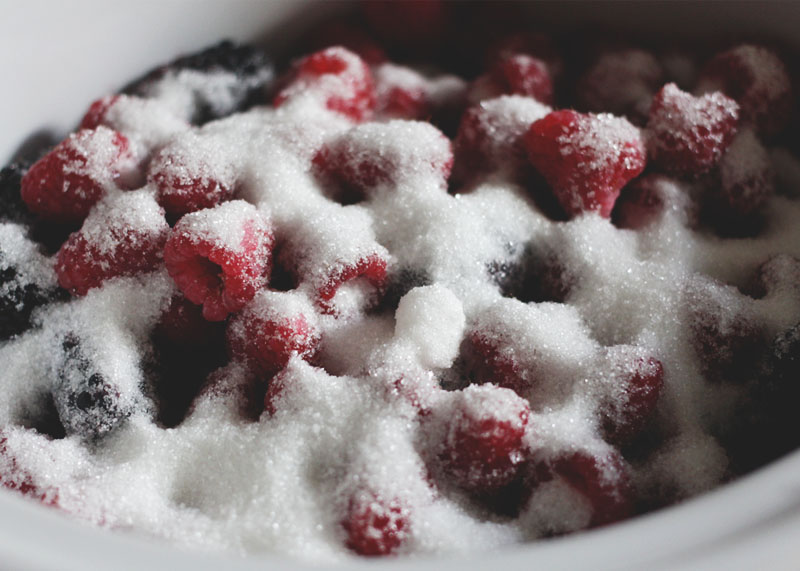 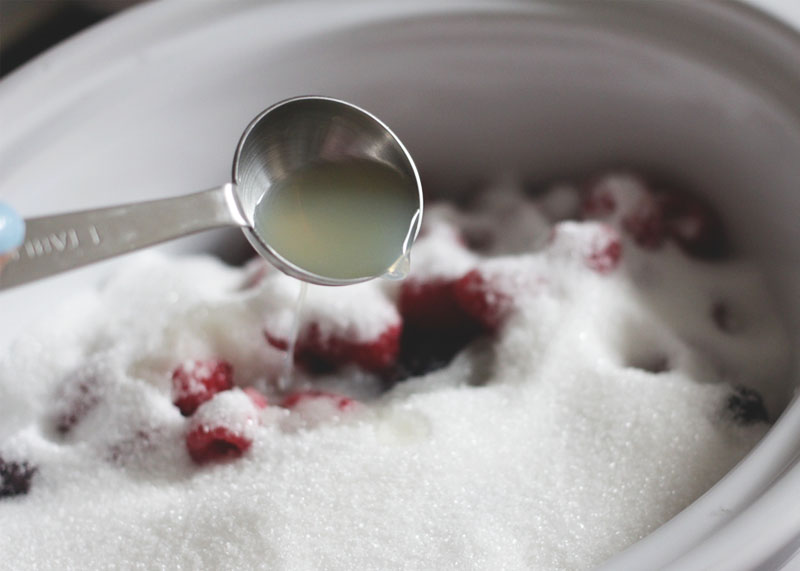 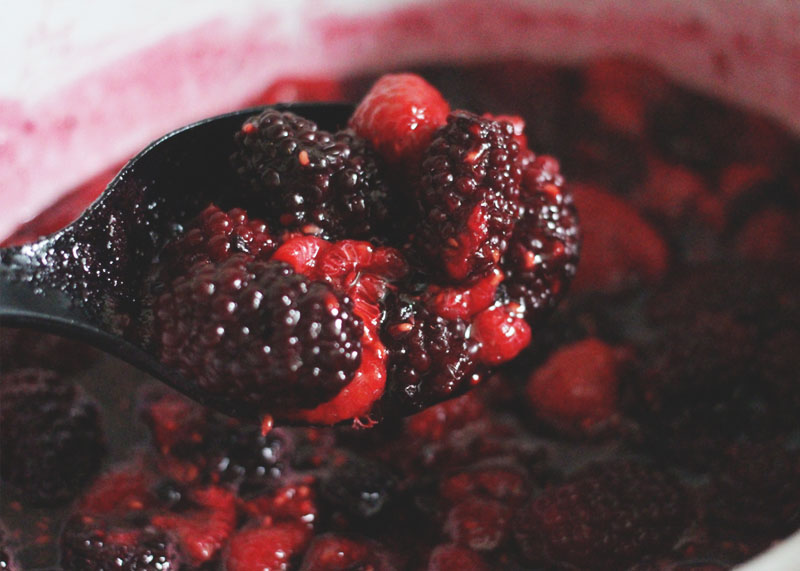 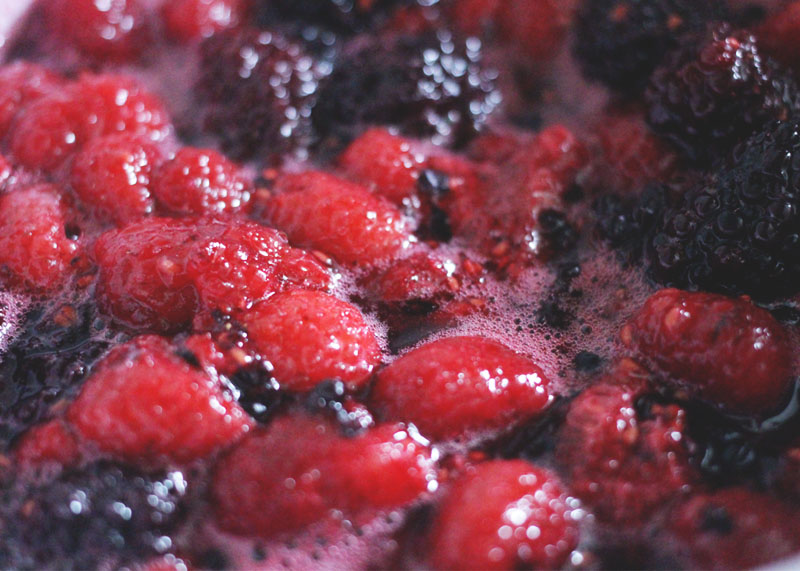 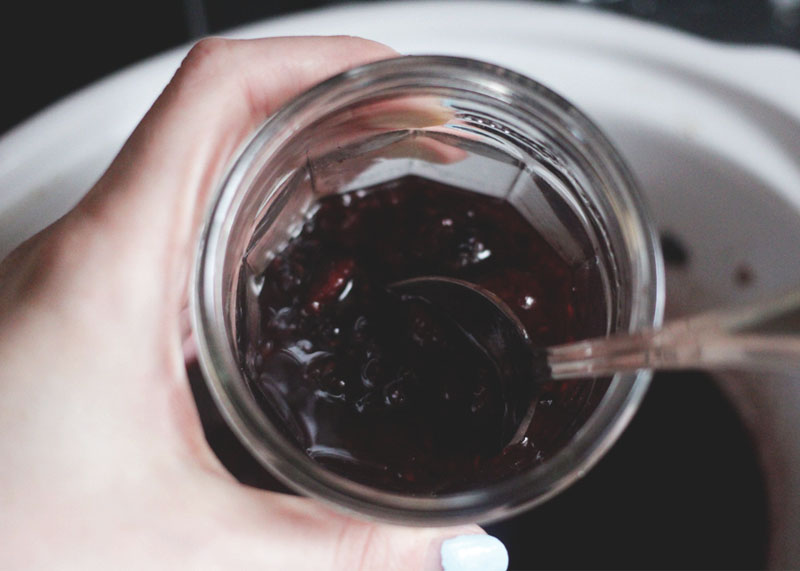 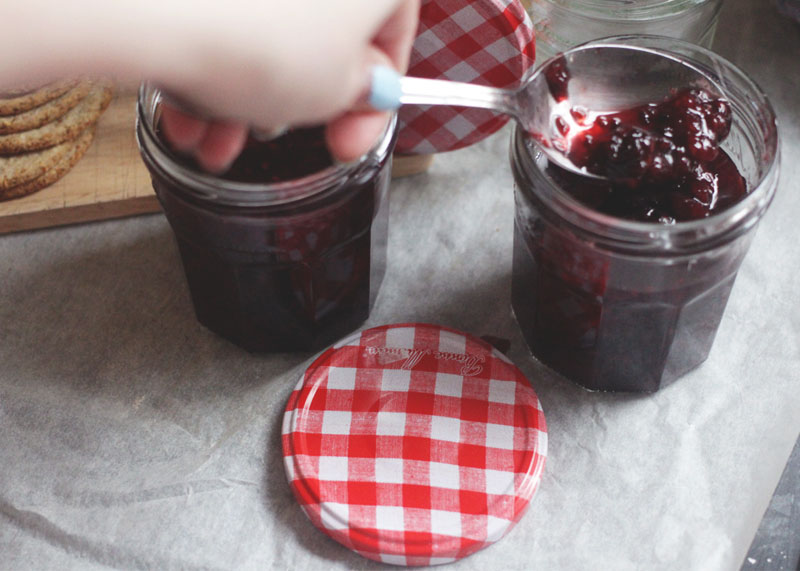 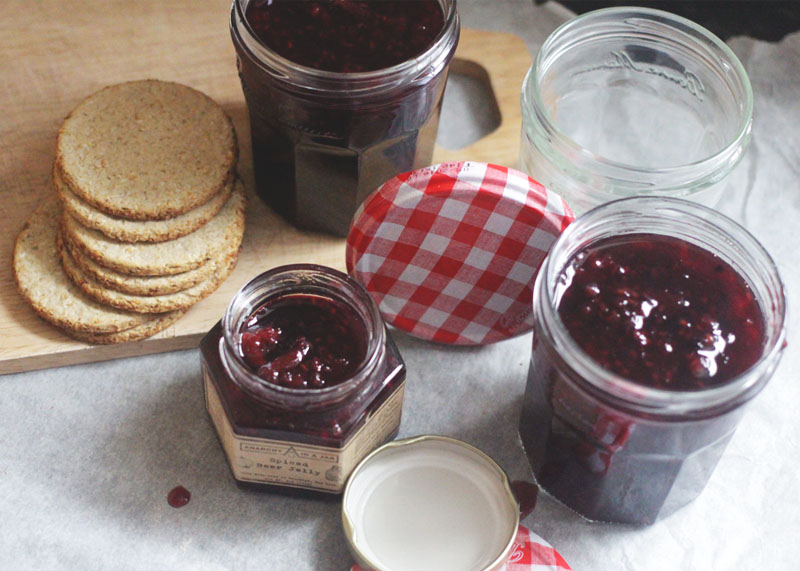 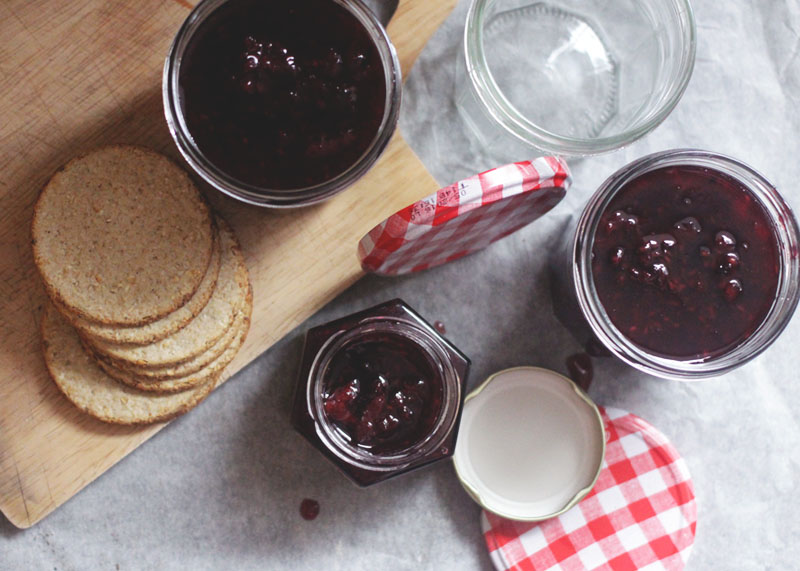 1. Wash and chop your fruit slightly.

2. Place all ingredients into the slow cooker and place lid on top.

4. Remove lid and cook on high for a further 3 or 4 hours until the jam starts to firm up to a thick consistency.

5. Once cool, spoon into jars and serve. 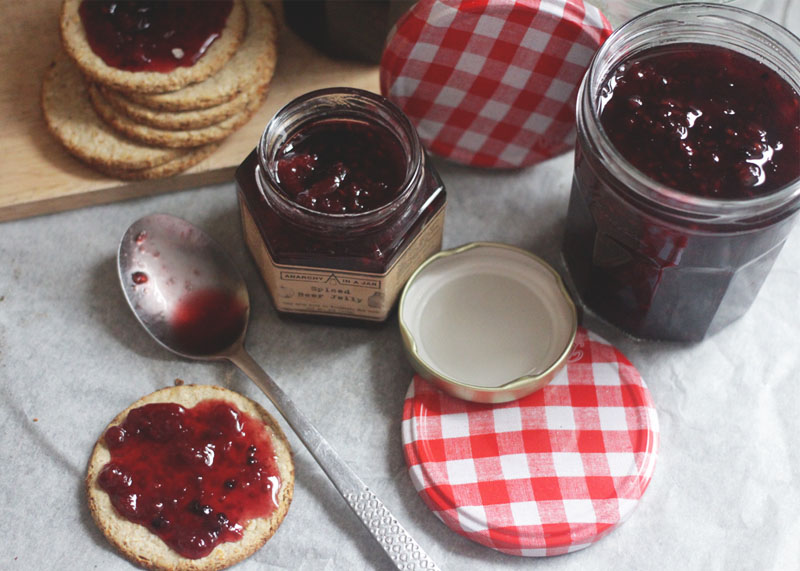 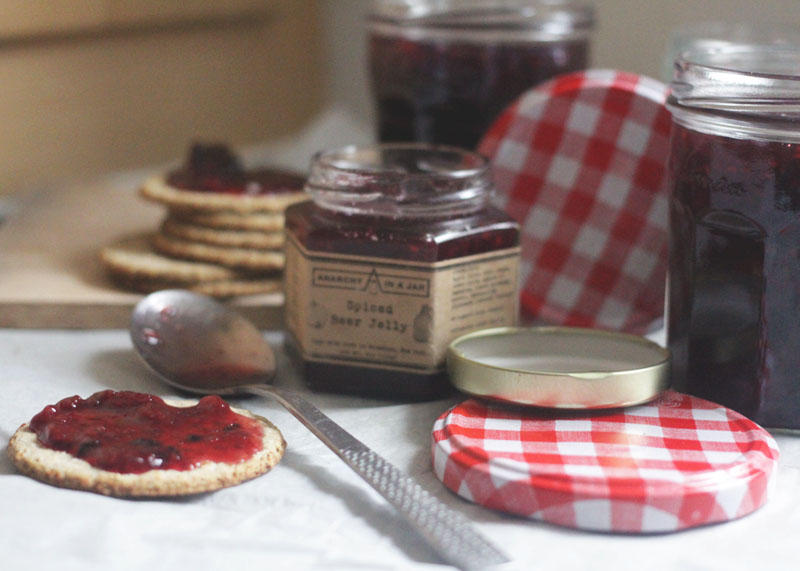 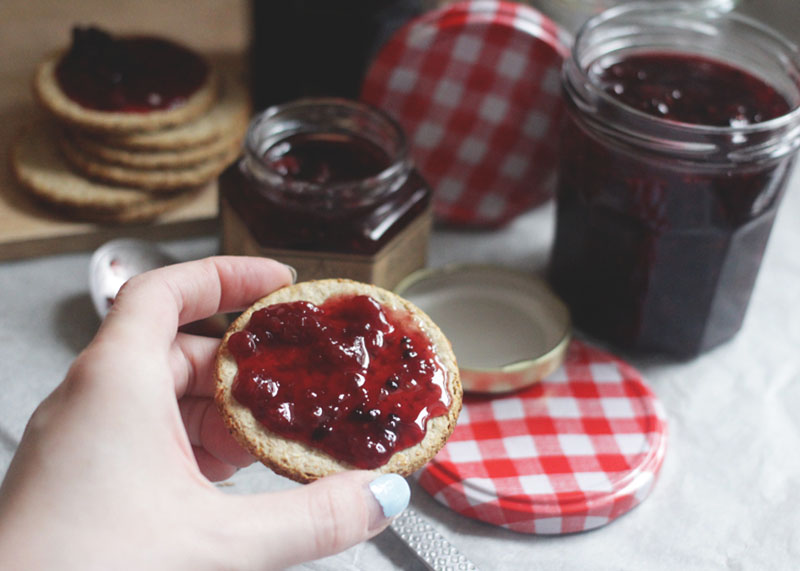 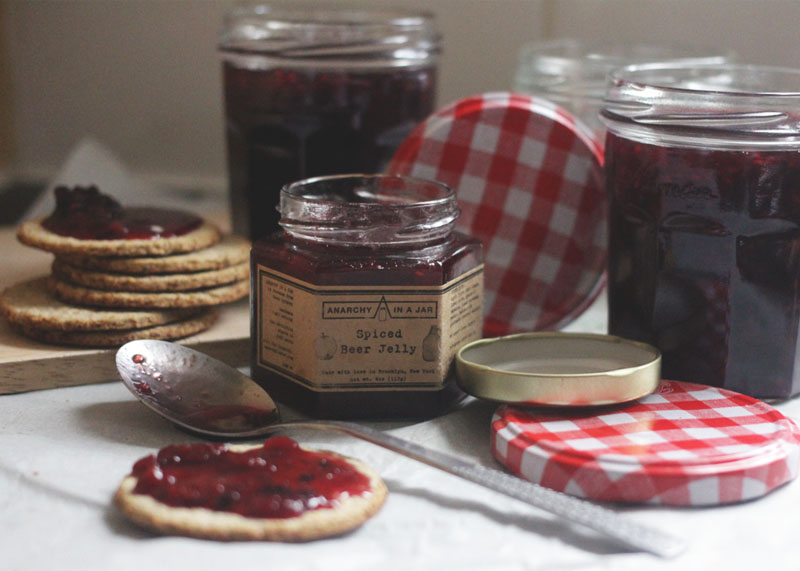 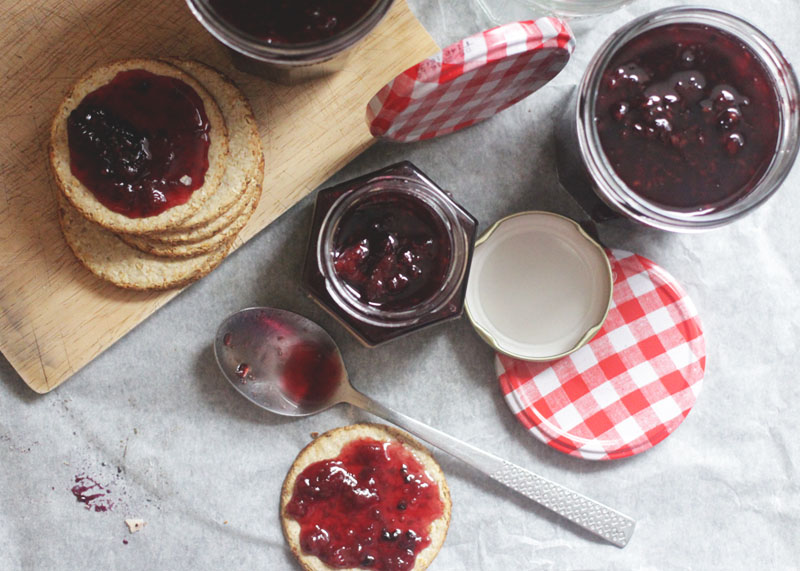 I served mine with my homemade bread, or on top of oatcakes in the morning for a little breakfast snack. Yum!

I can’t believe I didn’t know you could make jam in a slow cooker, it seems so obvious now! A slow cooker is right at the top of my wish list right now so I’m going to hang on to this recipe for when I get it, it looks amazing!

I know me too – it’s so obvious when you think about it isn’t it! I recommend one for sure – it’s a handy little tool to have! x

This is so clever!!! I think I’m getting a slow cooker for Christmas so this is on the to try list! Kath x

Definitely get one – it’s so handy and there are so many things you will never have thought you could make in a slow cooker – like jam! x

Can frozen blackberries be used to make slow cooker jam?

Hi Ruth, I don’t see why not although you might end up with a runnier jam due to the extra water content but it should reduce down just the same. Good luck with it and let me know how it goes!

Can you use plums in this recipe? I would love to make plum jam in my slow cooker

Yes I don’t see why not! As far as I’m aware you can use any fruits – plums might just take a bi longer to reduce down. Sounds delicious!

well I never. Does it actually set? I’ve always been told you have to get it up to a rolling boil to set jam. slow cooker would never get that hot but if this works I’m so up for it. I love my slow cooker so always looking for good recipes. Thanks

It’s definitely a slightly runnier jam so doesn’t fully set but still delicious. I’d recommend giving it a go – the slow cooker is so handy isn’t it?

How much weight is 2 pints of fruit? I want to use plums.

Gah I THINK it’s half a litre or 16 oz but not totally sure sorry – never very good at the conversions!